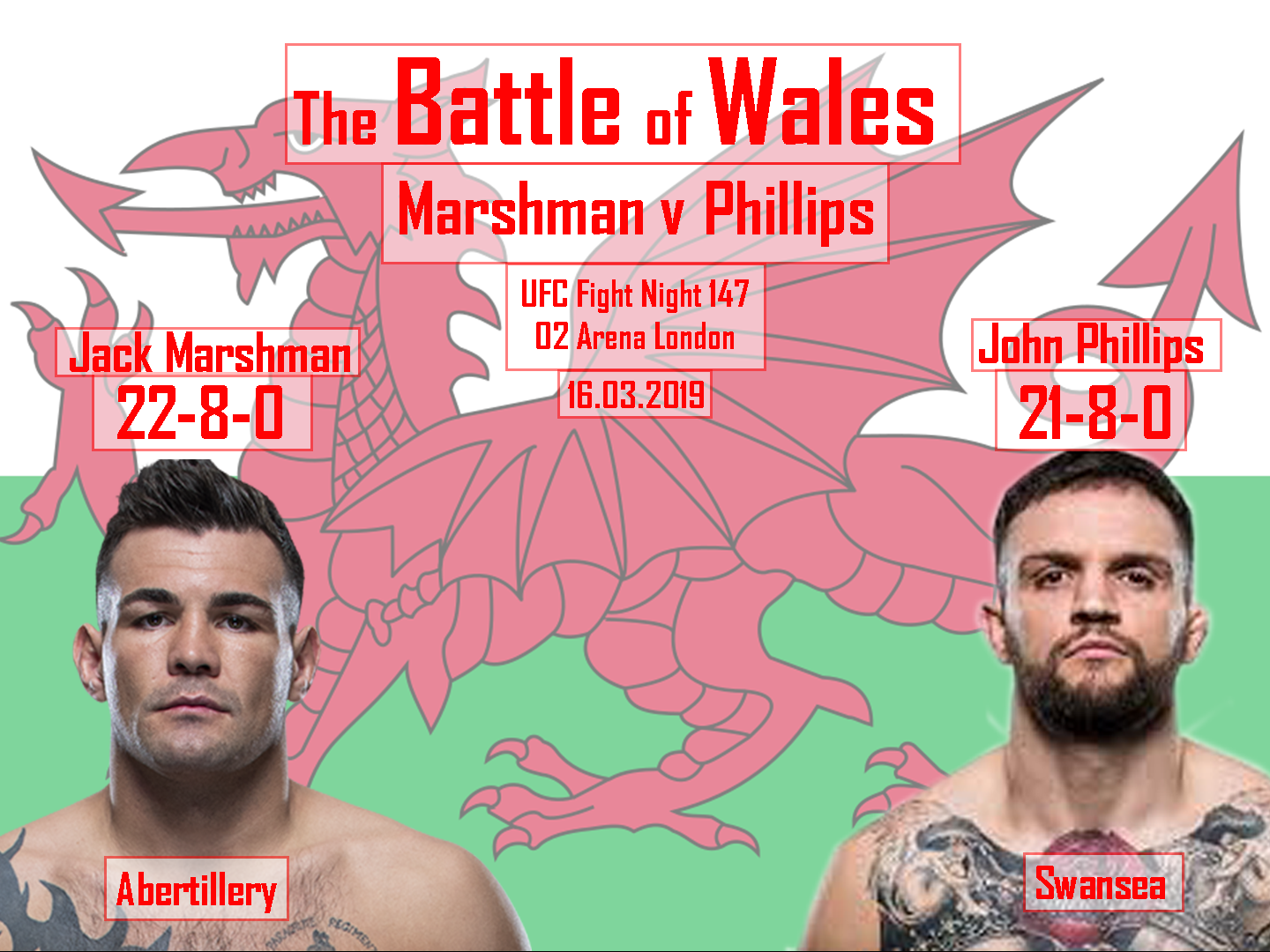 JACK ‘The Hammer’ Marshman takes on John ‘The Welsh Wrecker’ Phillips this Saturday night in an all-Wales encounter labelled “the biggest fight in Welsh MMA history”.

This week Phillips told MMAFightingSBN that the victor of the middleweight (185lbs) contest would be crowned ‘King of Wales’.

And the enormity of the contest hasn’t escaped the minds of those in Marshman’s camp.

Richard Shore, Marshman’s trainer and head coach at Tillery Combat Gym, told The Cardiffian: “This is the biggest fight in Welsh MMA history.

“To see two Welshmen on the main card of a UFC event face off against each other shows how far the sport has come in Wales,” he added.

The fight has long been in the works, with Phillips calling out Marshman shortly after signing with the UFC.

Coach Shore, father of Cage Warriors champion Jack Shore, believes this fight is one Welsh fans have been waiting a long time for.

He said: “This is the fight Welsh fans have been calling for for years, and it is finally happening on the biggest stage.”

The pair are both on losing runs – Marshman lost to Karl Roberson via a unanimous decision in November last year, while Phillips lost to Kevin Holland via submission in the same month.

Coach Shore is all too aware what a win will mean for Marshman.

He added: “A win for Jack should cement a new contract with the UFC and the kudos of being the top MMA fighter in his country.

“Jack is ready and we are confident we will win.”

Marshman missed weight this morning by two pounds, but the fight will still go ahead. Marshman must give up 20% of his fight purse to Phillips because he missed weight.