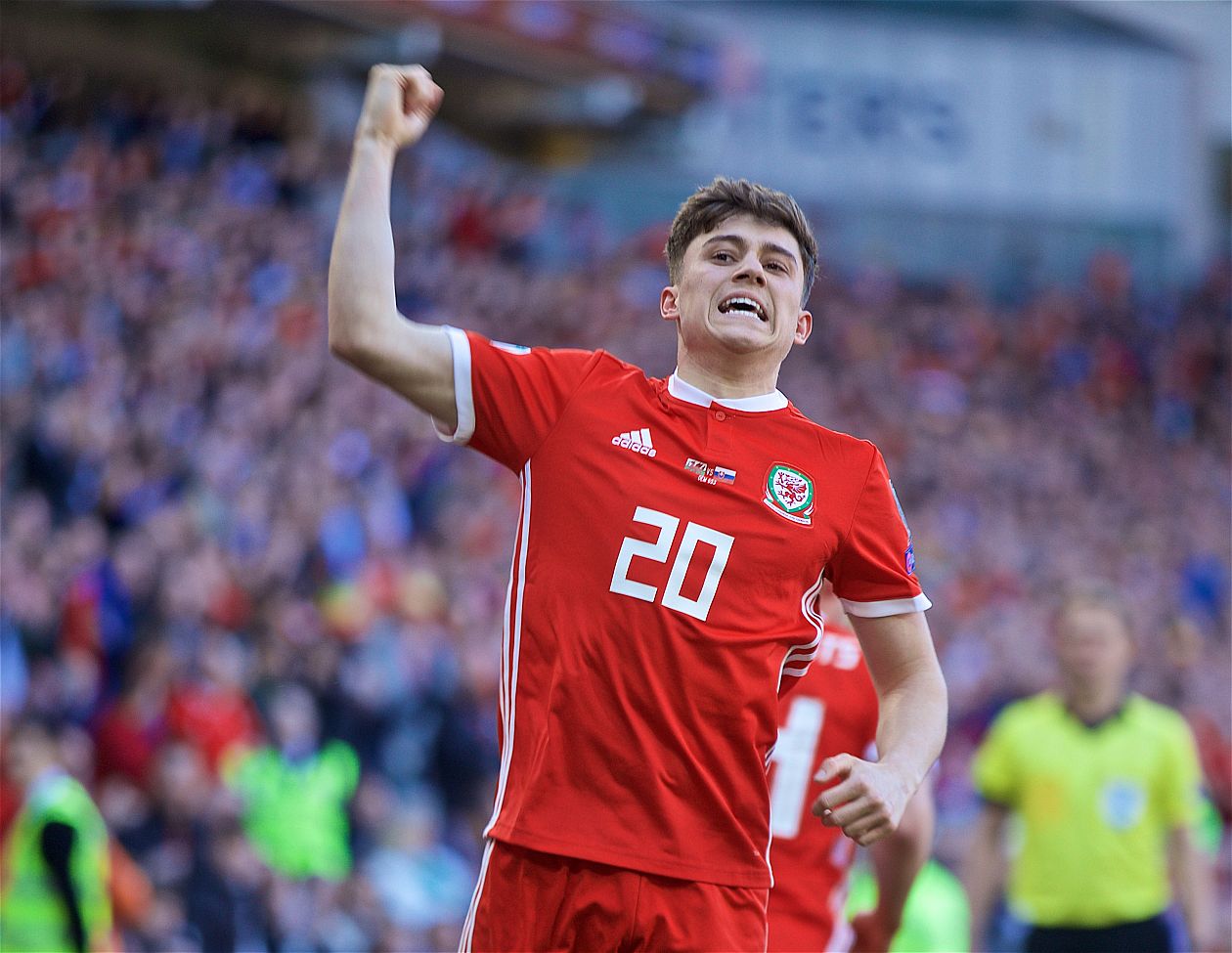 Ryan Giggs’ gamble paid off as a young and attacking Wales line-up beat Slovakia 1-0 in their opening Euro 2020 qualifier on Sunday.

Dan James, 21, Harry Wilson, 22 and David Brooks, 21, all played in advanced positions as Wales sought to cast-off their image as a defensive team, established under Chris Coleman.

For much of the first-half, Wales formation turned into 4-2-4, as they pushed their opponents deep. Giggs’ approach was attacking in the extreme.

Playing at home in front of a packed out Cardiff City Stadium, Wales went for broke early on, pushing wingers Wilson and James as high up the pitch as possible.

This worked in the first-half, as both wingers caused havoc for Slovakia’s full-backs, but it left Wales increasingly vulnerable as the game progressed.

In the end, both wingers were taken off and Wales adopted a more defensive approach. This may well be the approach Giggs takes when facing the group’s top-ranked side Croatia.

As Gareth Bale said: “We came under a lot of pressure but we started the game well, got the early goal, then shut up shop and we know how to do that.”

Whilst many interpreted Giggs’ starting line-up as a cavalier statement of intent, Wales’ performance was actually a continuation of a move away from the unbridled, high-press approach which saw Wales cut open by Spain and Denmark last autumn.

That was a performance which Giggs admitted was a serious failing. After the Spain game, the Wales manager said: “We failed to do the basics right, there was so many mistakes – we conceded some poor goals. To concede that early against this team, you’re up against it and you have to chase.”

Sunday’s performance was a landmark moment for Giggs and Wales, because it saw them take risks early on and unnerve their opponent without pressing for the entire game and leaving gaping holes in their defence.

Summing up his new priorities, Giggs told journalists following the game: “I wanted clean sheets. We have got a lot of talent in the squad too so we will always create chances.”

MUST READ: Meet the Caerphilly man leading the esports rise in South Wales

Stars of the future

Match-winner Dan James said: “The only thing I had in my head was to shoot and luckily it went in.”

It is that sort of spontaneity which saw James cause Slovakia’s defence all kinds of problems, constantly getting in behind them and creating chances.

It was a debut to dream of. If James can keep progressing in the coming months and years he could be Wales’ next big star.

But he was far from the only player to make a big impression on those watching.

At the age of just 19, Matt Smith showed incredible composure in central midfield, winning numerous free-kicks to get the Welsh out of difficult situations and keeping the game ticking over every bit as much as Joe Allen, a much accomplished player with 10 years more experience.

Wilson and Brooks showed a level of pace and skill which had been missing from Wales’ attack in the previous qualifying campaign, it seems they are the future of the Welsh attack with Hal Robson-Kanu and Sam Vokes in the past.

James Lawrence was perhaps the most impressive of Wales’ rising stars. Picked ahead of captain Ashley Williams, the Anderlecht centre-half showed a cool head in the face of Slovakia’s second-half onslaught.

His was a performance which casts doubt over Williams’ future in the squad and creates competition for places, something which will please Giggs.

Wales’ next Euro 2020 qualifier is on June 8 away to Croatia.