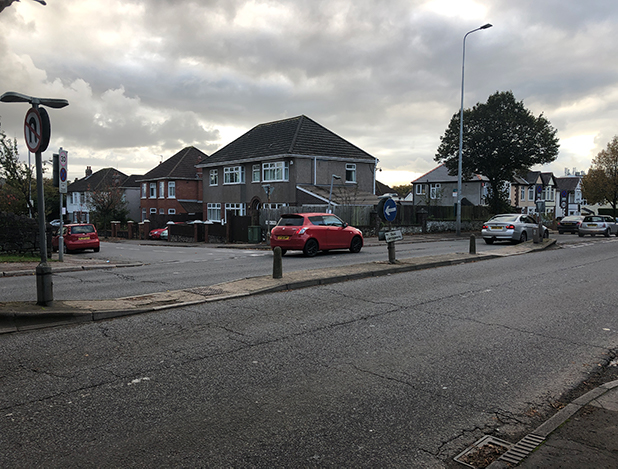 CARDIFF council is planning to introduce a toucan crossing and 30mph speed limit at the western end of Caewal Road by March 2020.

The crossing will be situated at the junction on Western Avenue, one of the main A-roads through Cardiff.

Currently, the speed limit is 40mph and only a narrow pedestrian refuge exists at the junction, meaning it can be hazardous to cross.

It is hoped that the measures will prevent accidents and make the route safer, especially for vulnerable residents and school pupils in the area.

“I cross that road four days a week and it’s the most frightening part of my journey. I was punching the air when I found out – it’s just going to be safer, which is nice so we’re not anxious before crossing the road.”

Four of Llandaff’s schools are located near the junction. The council hopes that the scheme will encourage more pupils to walk and cycle during the week.

Mark Edwards, 50, of Pencisely Road has two daughters attending Church in Wales schools, one at Llandaff City Primary and another at Bishop of Llandaff.

He said: “I want to walk the kids to school because of loads of issues – you know, the environment, health, and because the primary school has asked us to

“You try to walk rather than take your car but if you’re going to cross a main road like this you want it to be made safe.”

Mr Edwards said the junction is a source of concern for many people in the area and a formal crossing point is something that he has been thinking about for at least ten years.

Western Avenue has a reputation for being a dangerous road, where cars travel at high speeds and several accidents have occurred in the past.

In September 2015, five-year-old Joseph Smith died in hospital after he was involved in a three-car collision on the road.

More recently, in May this year a car crash caused heavy congestion and delays to bus services in Llandaff.

A consultation for the proposed crossing took place in August. There will be separate plans drawn up for the speed limit reductions, which will go out for consultation upon approval at a later date.

The plan is being developed using funds from the Welsh Government under its Road Safety Grant, with a total budget of £210,296.

“if we are to encourage children to walk to school then there needs to be safe routes and places to cross.”

Toucan crossings can be used by cyclists as well as pedestrians, and feature sensors which vary crossing times depending on the speed of people traversing the road.

The new crossing will incorporate ‘rotating tactile cones’ on the underside of its push-button units, which can be used by the visually impaired to indicate when drivers receive a red signal.