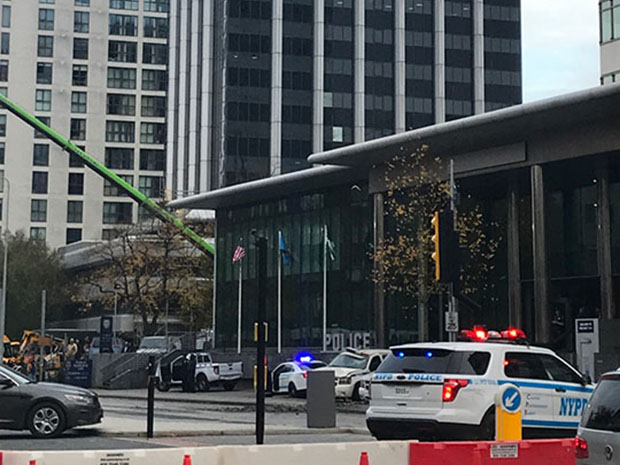 Despite major road closures, only minor disruptions for pedestrians and bus routes have been reported as Mark Wahlberg film shoot ends

CROWDS were treated to a “major scene” of a Hollywood action movie filmed on Fitzalan Place, in between the Mercure Hotel and East Gate House last week.

Paramount Pictures title Infinite, which is due to be released next year, became the latest in a series of productions including BBC’s Sherlock, Doctor Who and Netflix’s Sex Education which have used Cardiff as a backdrop.

But a section of Newport Road from Fitzalan Place to the junction with City Road was used for the filming of the Hollywood action movie, starring The Lovely Bones actor Mark Wahlberg and The Maze Runner’s Dylan O’Brien.

Filming ran from Saturday October 26 to Tuesday October 29. Among those who watched was Alisa Petrovska, 21, from Adamsdown, who witnessed the film set being put up and taken down.

The marketing and operations assistant was walking through Cardiff at 1.30 am when she stumbled upon the Hollywood film being set up.

She said that despite being inconvenienced by the filming when she had to walk another 10 minutes to get home, she didn’t mind as she was “excited to see the city I live in totally changed”.

Stewards were placed in several areas to ask onlooking film fans to move further onto the pavement when they disrupted pedestrians.

The tall blue fence that fenced off the filming was taken down on Tuesday, when the public could see the movie magic.

The film set featured American traffic lights and American flags along with five NYPD police cars, at least two of which were smashed up, and an Aston Martin.

An NYPD police sign was placed outside of the Mercure hotel to represent the American police department.

Explosions and gun shots were heard throughout the day as the scene included several car chases.