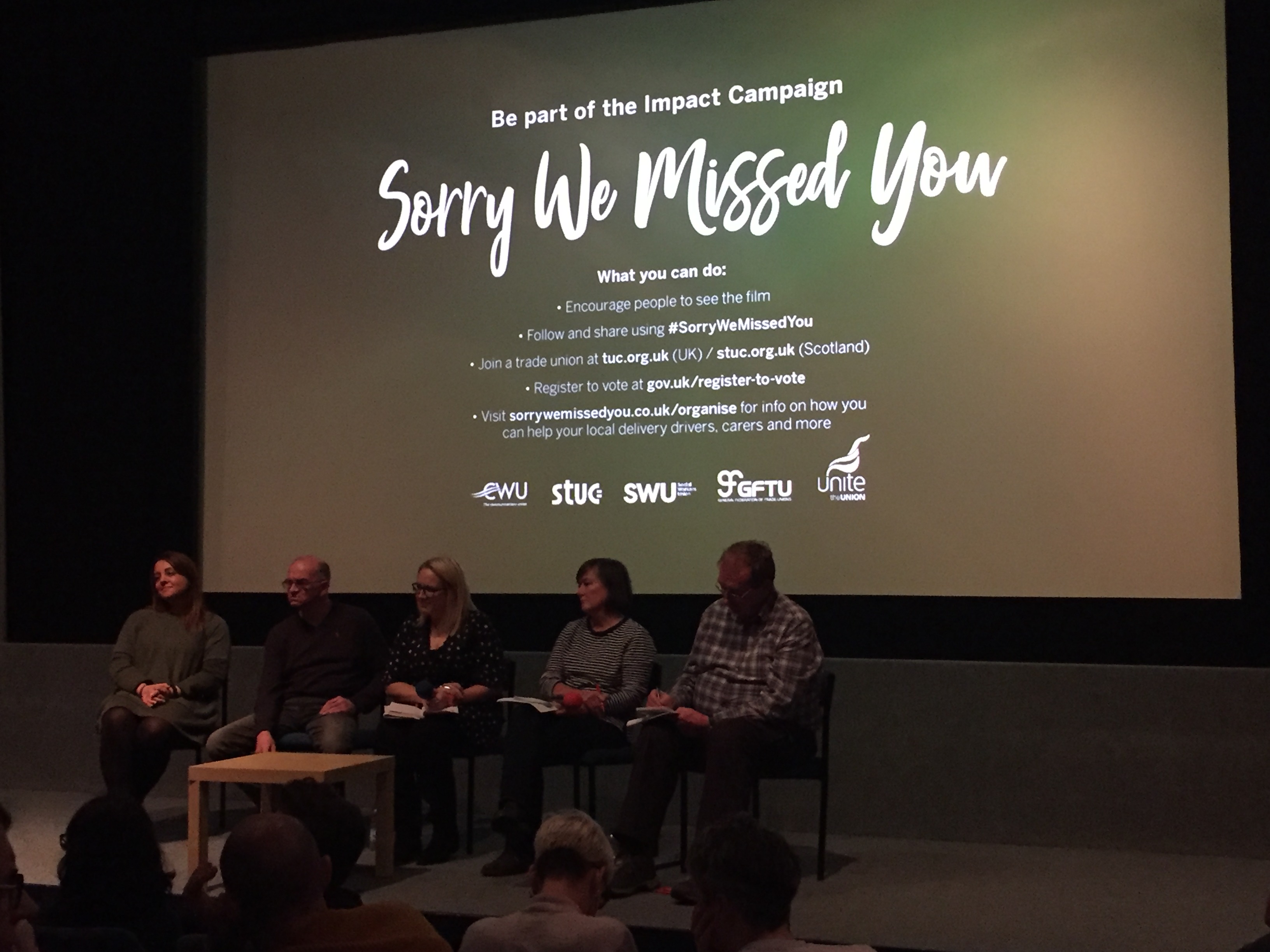 THE Welsh government is not doing enough to tackle the poverty issues highlighted in Ken Loach’s latest film, says the head of Oxfam Cymru.

Rachel Cable was talking at a special screening of Sorry We Missed You, which is about the pressures on zero-hours workers and carers.

“We’ve been doing a lot of work to push the Welsh government to appoint a minister with responsibility for tackling poverty. We’re very worried that the Welsh government just simply aren’t doing enough on this agenda.” Ms Cable told an audience at Chapter Arts Centre on Saturday.

“The issues that are unpicked in this film, such as the gig economy, zero hours contracts and the social care sector are all contributing factors to why people are in poverty.

“Films like this are important in shining a light on the real horrific struggles that families face day to day,” said Ms Cable.

The film, from the writer and director of I, Daniel Blake, follows a family in Newcastle – the North East is one of only two regions in the UK with a higher projected increase in poverty than Wales.

Ricky (Kris Hitchen) gets a job as a delivery driver. The cruel reality of his zero-hour contract have repercussions for his wife Abbie (Debbie Honeywood), wayward son Seb (Rhys Stone) and young daughter Liza (Katie Proctor).

In May, the Welsh government received the report of the Fair Work Commission which made six key recommendations to improve the lives of the 24% of people who are living in poverty in Wales – the highest out of the UK’s four nations.

Ms Cable said: “We gave both written and oral evidence to the commission. There was formal recognition that unfair work was a feature of the labour market in Wales, which was a positive step.

“The next step is to set up the Office for Fair Work. From what I can see nothing has happened on that agenda yet. I await with interest to see what will happen.”

Around 36,900 people were employed on zero-hour contracts in Wales last year. The commission said, “they create insecurity for those involved and are located in particular sectors such as social care”.

“The vast majority of people in the social care sector are women. Women are at greater risk of being in poverty. What’s important is that women are in positions of decision-making and they’re not always round the table currently,” said Ms Cable.

This referred to the number of women MPs who will not stand at the next election, including Nicky Morgan, Amber Rudd and Heidi Allen.

Speaking about the election at a panel discussion after the film, Labour MP for Cardiff Central Jo Stevens said: “All I want for Christmas is a Labour government. We will introduce new legislation to try and boost workers’ rights, recalibrating the workplace with an employment relations act.”

But Ms Cable was sceptical over how prevalent poverty would be in the upcoming election campaign.

“I suspect the election will be dominated by Brexit. I hope that all parties will have tackling poverty at the top of their agenda. We must protect the most vulnerable people in society. Register to vote, talk to your political candidates at the doorstep and ask them critical questions – don’t just accept the status quo,” she said.