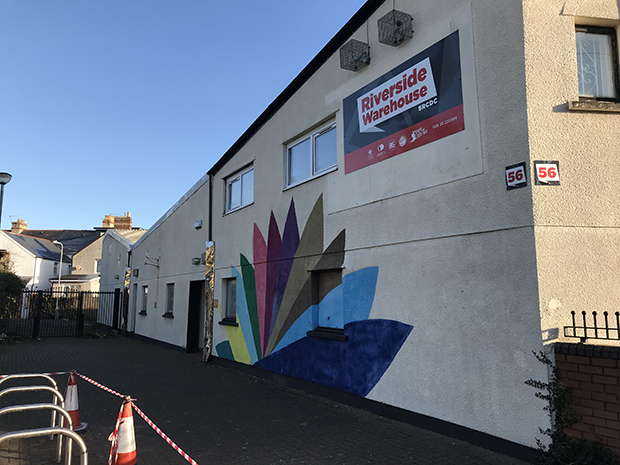 Neil Binnell, general director of the centre, described his feelings when he heard their application for £10,000 of funding had been approved.

“Joy, delight. Generally, if we lay on things that help local children in South Wales we are overwhelmed, but we want to focus on the girls as they are underrepresented in a lot of sports and they need to know what is on offer,” he said.

“We have got money there to help girls in the Canton and Grangetown area get into sport and sports they probably wouldn’t have traditionally got involved in.”

Starting February 1, the project consists of 10 weeks of workshops targeting BAME girls aged 10-16, aiming to encourage them to consider a future in sport.

The grant was provided from the government-managed Tampon Tax Fund, collected from the VAT on sanitary products in Britain to help grassroots organisations, often focused on women and girls.

Funding is then distributed across Wales by Community Foundation Wales, who received applications from 70 organisations.

When asked about why SRCDC was chosen to receive funding, communication and marketing officer Anoushka Palmer said: “Culture can often restrict girls especially when it comes to sport.

“This grant will challenge that stereotype, encouraging girls to try out sports that are traditionally considered as male sports.”

As for SRCDC, Mr Binnell outlined what their share of this year’s grant would be spent on.

“The money will go on providing some coaching sessions with Sport Wales with qualified coaches,” he said.

“Then there is also a bit of money there for some sessions on engagement work with the girls in the area.

“Through the homework clubs and cultural groups we work with, we’ll find out what they are interested in.

“There is a lot of interest.”

The aim is to break perceived gender roles in sport and increase potential career aspirations.

“It is not just about enjoyment, which is great, but it is about a potential career and raising people’s aspirations in sport,” Mr Binnell said.

“We have had a lot of interest in cricket, golf and horse riding. There is also opportunity for girls to get into coaching.

“Generally, there is only a one in 10 chance of grant funding for us. 90% of the time we are getting a rejection.

“All that effort going in to try to get things and it comes to nothing but that is the world we live in.”

The centre receives no government funding and Mr Binnell says the current system is under great pressure.

“With austerity and the amount of poverty, and with the money being constrained by central government, people expect you to stand on your own two feet which is fine.

“But there is lots of need and less state funding, and so we are reliant on trusts and they are under massive pressure.

“We are constantly looking round to get small amounts of money to run things like this and raise the aspirations of this community.

“There are so many people, so many demands, so much deprivation and only so much money.

“We are totally reliant on our ability to generate grant and rental income.”

As a voluntary organisation, SRCDC are on the lookout for helpers to support their projects.

“We are always looking for volunteers to get involved who want to work with young people and for people to help with social media.”

BAME, canton, Grangetown, riverside, sport
You may also like