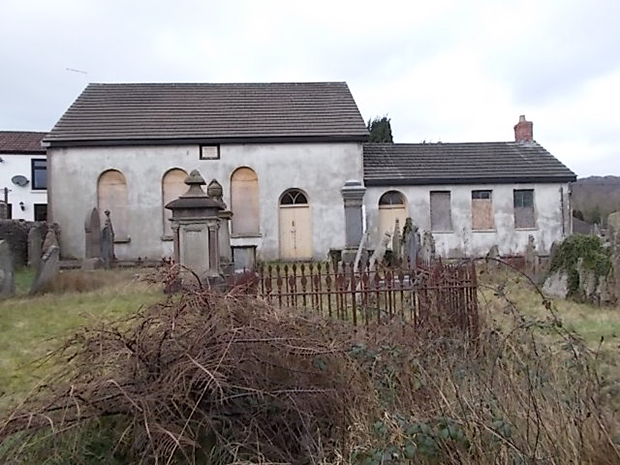 RESIDENTS are calling for action over a chapel and graveyard in Morganstown that they say have fallen into disrepair.

A working group of local people, led by community councillor Kieran Webster, has come together to try to preserve Bethel Chapel, a listed building.

“Our community is concerned about disrepair of Bethel Chapel and grounds. This reflects the loss of a valued facility and the awful state of the graveyard,” said Coun Webster.

“Many of our neighbours have loved ones resting in the graveyard. We feel that their memory, for families and the community who celebrates their lives, deserves a well-maintained, functional building and a graveyard. One that respects the deceased and is a place of tranquil beauty and peace.”

The group members plan to share their views, raise awareness of the state of the building, and see it restored and the graveyard maintained.

Coun Webster, and county councillor Rod McKerlich, have contacted both Cardiff Council and the owner of the chapel, but a consensus is yet to be reached.

The owner, from Caerphilly, bought the land in October 2006. Some repair work has been done, but gaining permission for major work and to move old gravestones is a slow and difficult process.

He has now repaired the roof, but does not take care of the graveyard which the group feels is just not good enough. The building is not in use and residents believe repairs to the site are happening too slowly.

Although responsibility lies with the owner, the working group urges Cardiff Council to seriously consider the risks associated with the site’s poor infrastructure, particularly stability of 19th century gravestones.

The adjoining graveyard remains in use and those visiting graves are concerned about the state of the building and grounds.

David Price, 58, lives next to the chapel site. He has family and friends buried in the graveyard and is disappointed by the lack of action to preserve it.

“Over the years it has become a stinking, crumbling eyesore. The Bethel Chapel is part of our heritage, and it is worth saving,” said Mr Price.

He also voiced concerns about the safety of the site’s roadside wall.

“The gateway wall is on the verge of collapsing onto Chapel Road. Action needs to be taken, and soon,” he said.

Pamela Adams said that her grandfather, Walter Holland, was once Minister of Bethel Chapel.

“When I went to my grandparents’ grave, I only just found it as the grass had not been cut in a while. We’ve put a cross there now. It upset me to see how neglected it is,” said Ms Adams.

Bethel Chapel was built in 1835 and modern Morganstown has developed around it. It was the first Nonconformist chapel to take in the, largely rural, parish of Radyr.

Despite efforts made to save it at the time, it was closed at the end of the 20th century.

“It was no longer safe,” said Allan Cook, chairman of the Radyr and Morganstown Local History Society.

Mr Cook said the disused chapel has been in poor condition for some time, but does not believe the site poses an immediate risk to the road.

“Because of its distance from both roads it is not a danger to passers-by but could be a trouble to the cottage to which it is attached,” he said.

A spokesperson for Cardiff Council said that “any concerns relating to this building and the gravestones on this site is matter for the landowner”.

“The council doesn’t have any current or ongoing concerns relating to safety that fall within the council’s jurisdiction under the Building Act 1984.”

A spokesperson for Cardiff Local Planning Authority confirmed that a site visit has been carried out. They reported that the land “could not be described as adversely affecting the area” and that therefore no further action could be taken under Section 215 of the Town and Country Planning Act 1990.

Additional controls afforded to listed buildings are also deemed not to apply in this case.

“The current condition of the building does not suggest there is significant risk to the listed building which would warrant action being taken,” they said.