Home > Home lead > ‘Act now over junction before someone gets hurt’ 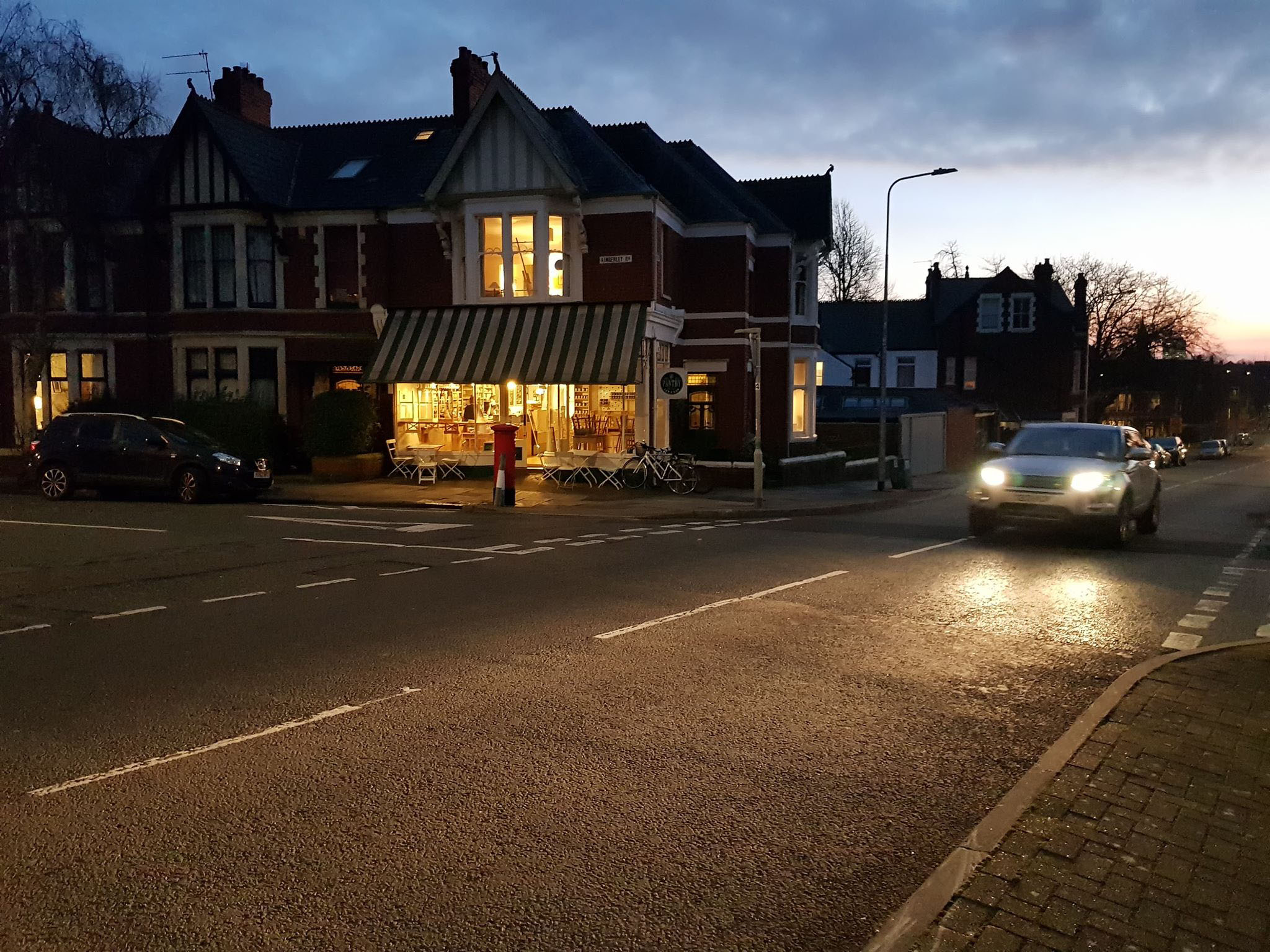 A JUNCTION that sees regular accidents and near misses needs to be made safer quickly, say Penylan councillors and residents.

They have launched a petition to improve the safety of the junction between Kimberley Road and Blenheim Road.

“I’ve been here six years, and there’s been a huge amount of accidents,” said Melissa Boothman, owner of Penylan Pantry, a café on the junction.

“My worry is that if it’s left and done later, somebody’s going to get really hurt or something serious is going to happen.”

“So it’s about applying pressure and going ‘Come on, let’s get this done now please’,” she said.

The junction has attracted attention for accidents and near misses caught on CCTV.

“There wasn’t anyone on the bikes, thankfully.”

The petition is asking for road calming measures to be a priority – for example, a tabled junction where the centre is raised to slow down traffic in the same way as speed bumps.

She said she had seen about one serious accident a month as well as hearing someone beep their horn daily.

At the junction, Blenheim Road has right of way over Kimberley Road – but visibility was bad and drivers on Kimberley Road often didn’t stop, said Ms Boothman explained.

Joe Boyle, councillor for Penylan, said: “This junction is well-known as an accident hotspot. There have been numerous injuries but at some point, we worry something worse could happen.

“The strength of feeling in the local community is demonstrated by this petition organised with local Lib Dem councillors. We urge the council to listen to residents’ concerns.”

Cardiff Council has recognised the junction as dangerous and will include it in a 2021 bid for funding from the Welsh Government.

But councillors and residents are asking for its safety to be improved sooner and the petition calls for the junction to be a key priority in the 2020-21 financial year.

“Cardiff Council knows how serious this is and has identified a scheme that we think will make things safer,” said Coun Boyle.

“However, we need them to deliver that scheme in the near future.

“If that requires Welsh Government funding, then the council and the government must make this a priority, work together and guarantee that the money is in place to get the calming measures built.”

Ms Boothman said she hoped people were as concerned as her.

“Pressure from the bottom up does work, and if we want to see a safer area then we can,” she said.

“It’s OK for us to get together and apply pressure. I’m hoping that the community come together to push and rally to get something done.”

The petition is available on the Cardiff Lib Dems’ website.