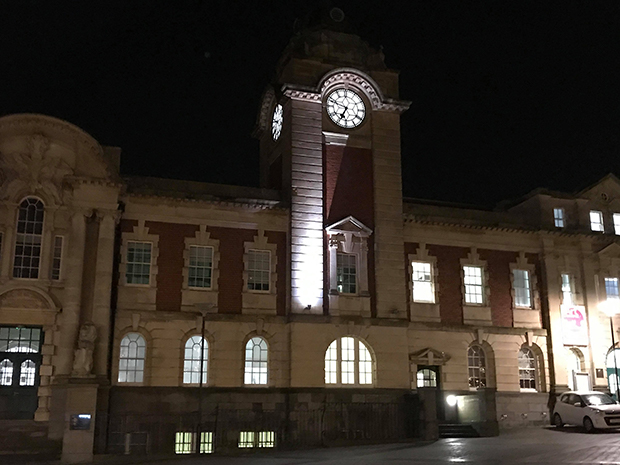 PEOPLE in Barry will be asked to pay an average of 58p more per year from April for services from the town council.

Barry Town Council is suggesting a rise in their portion of council tax as they predict they will need £1,196,579 to fully deliver services and their projected income is only £177,304.

This is not the final council tax amount that Barry residents will have to pay. The final bill includes payments to the Vale of Glamorgan Council and police services and will be confirmed on February 26.

Money for these services goes towards the upkeep of the facilities such as cleaning equipment, road maintenance and bills.

Many events are also paid for from this budget. For example, the upcoming VE Day celebrations, which are still being planned by the council, will be paid for by the council.

At a meeting last night, there were discussions over £10,000  going towards the Barry Shop Local Campaign.

They use most of the budget to hold events which promote local shops. For example, £1,725 is being spent on the Dewi Sant festival on the weekend of February 29.

The discussion over the budget for the Barry Shop Local Campaign was about the use of social media.

Councillor Sandra Perkes told the council that social media for the shop local campaign had been going for two months, but they required £800 for it to continue for another two months.

The council heard that the Shop Local Campaign were asking for £400 of next year’s budget so the campaign could continue for five more months.

There were discussions over what the money was being used for, as there hadn’t been much social media activity.

Counc Perkes said: “It is effective in some ways, but we need a longer period of time to see how social media works.”

£31,000 of the budget is being spent on special projects this year. One special project is Barry Youth Action, a youth council that works to ensure sure young people’s views and ideas are taken seriously.

The council are also focusing on Dementia friendly projects, which are receiving £6,000 of the budget.

The average Council Tax bill this year is based on a Band D taxpayer. Your council tax band determines how much council tax you pay and bands differ based on the value of your property.

You can check what council tax band you are in here.

A rise of £10.67 to £63.25 per year was discussed but only six councillors  voted for it with nine against and four abstensions.

The council heard that the budget is quite tight, but they still aspire to fulfill their services to the town.

It was stressed that putting money aside this year is important as they do not know what opportunities may arise.

All councillors present at the meeting last at Barry Town Hall, Kings Square, agreed with the council tax raise proposal.

The Vale of Glamorgan Council have also proposed a council tax rise from £130.00 to £136.37 a month, based on a Band D council taxpayer.

Councillor Neil Moore, Leader to the Vale of Glamorgan Council, said: “We have listened to residents when it comes to our budget proposals for the next financial year.

“The majority of those who responded to our consultation indicated they would prefer an increase in Council tax of 4.9 per cent alongside some cuts that would normally accompany such a modest rise.

“That is exactly what we are proposing, but without the need to cut services.”