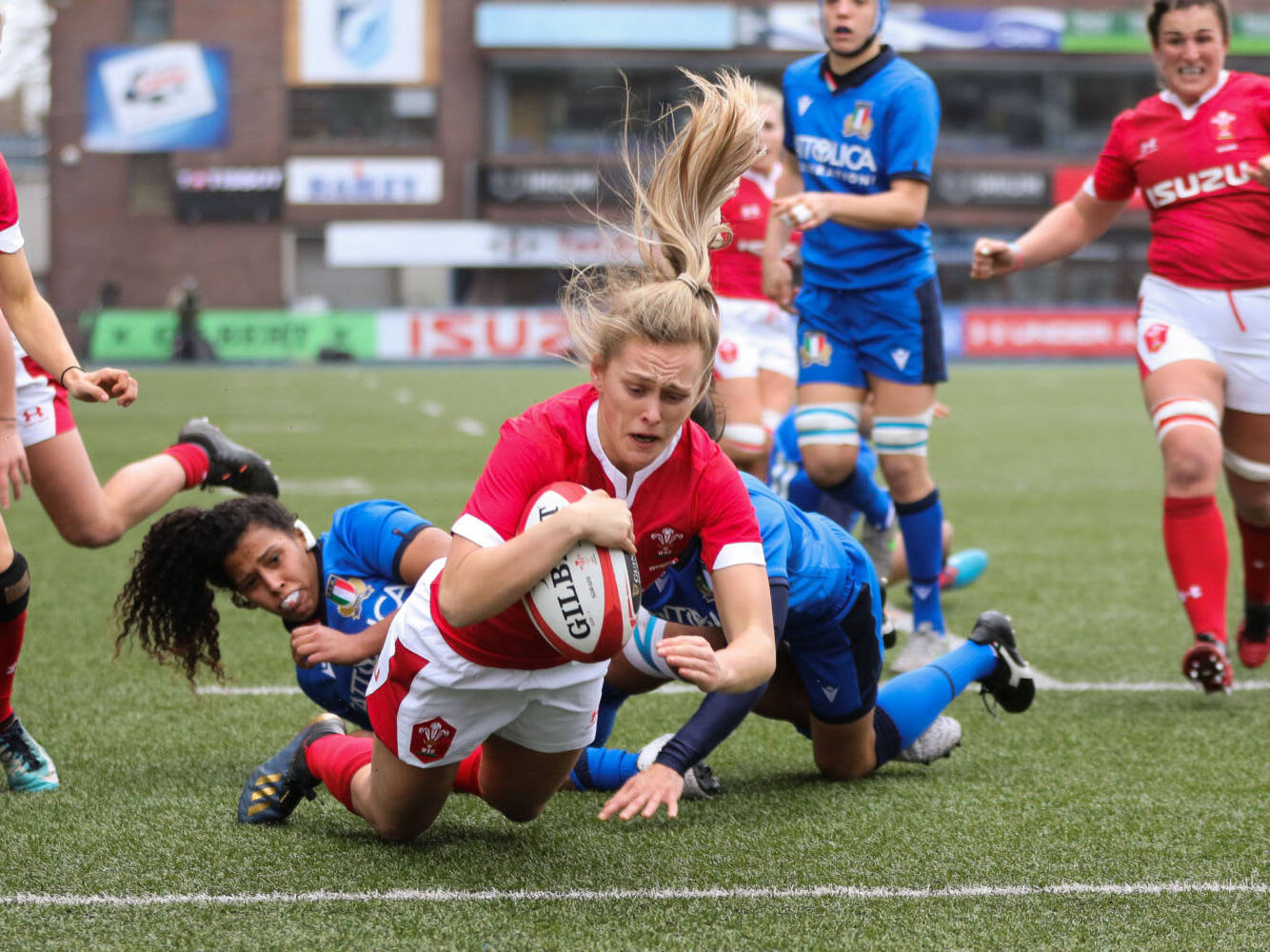 Wales Women coach Chris Horsman says his team face a “huge challenge” as they take on England in the Six Nations this weekend.

Horsman’s side are yet to win a game in this year’s competition and were thumped 50-0 by France on their last outing, while England top the table with three wins from three.

With the Red Roses the only professional side in the tournament, and ranked second in the world behind New Zealand, the Welsh coach is fully aware of the size of this weekend’s task at the Twickenham Stoop.

“We know Saturday’s Test will be a huge challenge,” he said. “England are one of the best teams in the world right now, if not the best.

“We always knew this would be a challenging championship and following a tough day against France, England will certainly be no easier.

“However, the girls are ready to test themselves again against the best, that’s what they want to do in order to improve ahead of next year’s Rugby World Cup.

“We are fulfilling our aims of growing depth in the squad by exposing players to this level of the game.”

Horsman has made two changes to the side that were thumped by Les Bleus at Cardiff Arms Park a fortnight ago, with Hannah Jones and Natalia John returning to the starting line-up.

After fielding youthful sides so far this championship, Horsman’s selection sees teenager Megan Webb – who made her debut against France –  dropped from the side, while 20-year-old lock Gwen Crabb moves to the bench.

The 24-year-old John lines up alongside Georgia Evans to form a new Welsh second row partnership, while 23-year-old Jones returns to partner the experienced Kerin Lake at outside-centre.

Jones, who scored her country’s first try of the tournament against Italy last month, is one of three Welsh players who will link back up with the national side after an extended Team GB Sevens training camp in Edinburgh last week.

Keira Bevan and Jasmine Joyce also attended the camp, which was the first of three ahead of selection before the Olympic Games in Tokyo this summer.