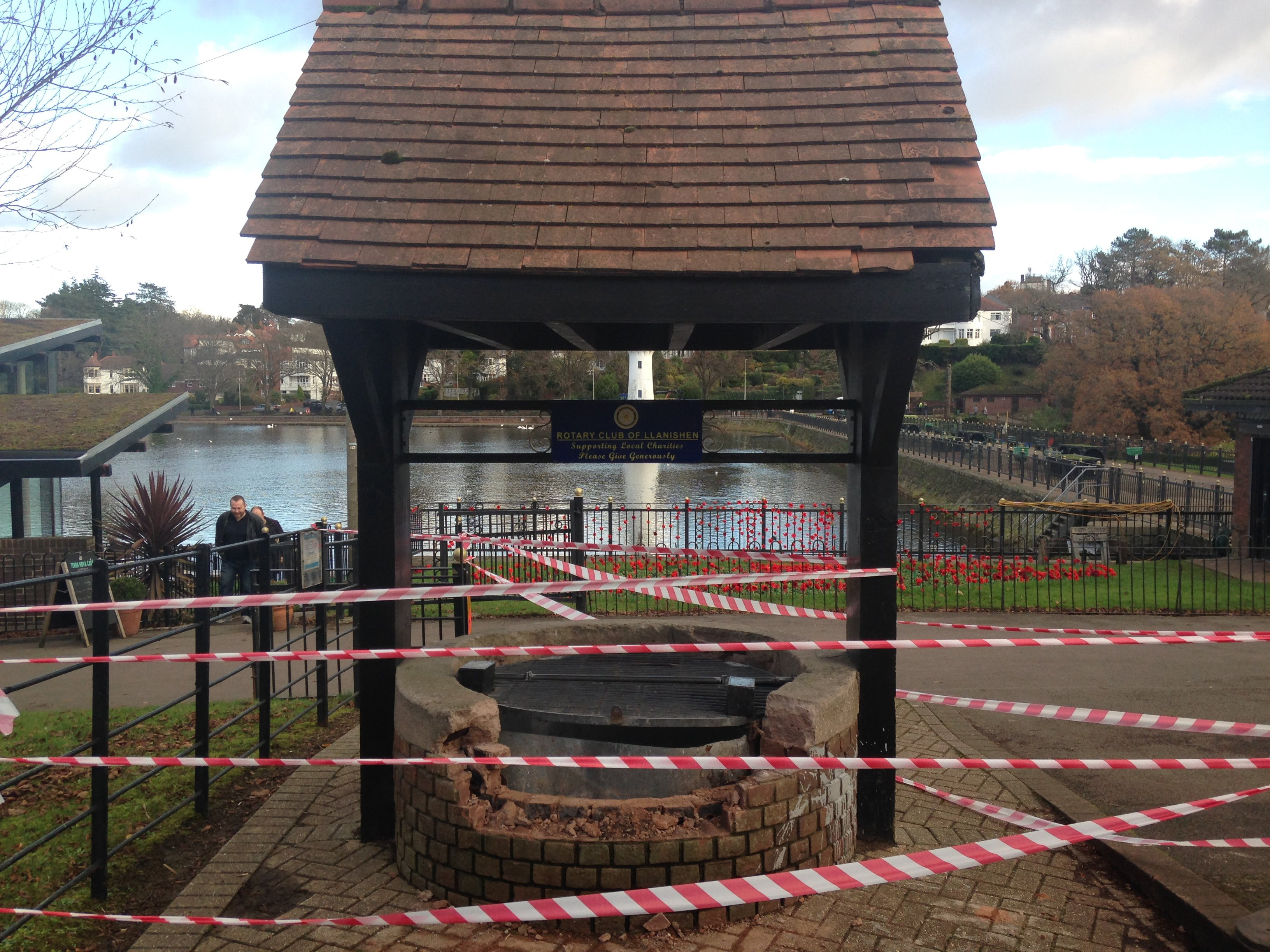 THIEVES have broken into a charity wishing well in Roath Park and stolen money from it. All money thrown into the well, which is operated by The Rotary Club in Llanishen, is donated to local charities. The club estimates between £20 and £50 was taken.

An Urban Park Ranger discovered the vandalism when the gates to Roath Park were opened yesterday morning.

South Wales Police were contacted by the rangers at 12.15pm yesterday and are investigating.

Terry O’Shea, 80, of Maes-y-coed Road in Heath, said: “I walk around the lake regularly. I’ve lived here all my life and the well has been here for as long as I can remember.”

“It is disgraceful. They must have used pick axes and hammers,” he added.

Mark Plant and Tobias Wood, from Pentwyn and Whitchurch have been Urban Park Rangers for Cardiff Council for 10 and seven years respectively.

They agreed: “We have never seen anything like this before in all our time as Park Rangers.” Sara Hayes is a Penylan resident who enjoys walking around the lake. “It is very sad and such a senseless thing to do.”

“How do you stoop so low and do this to a charity?” asked Glyn and Cathy Jones, who are residents of Roath Lakeside.