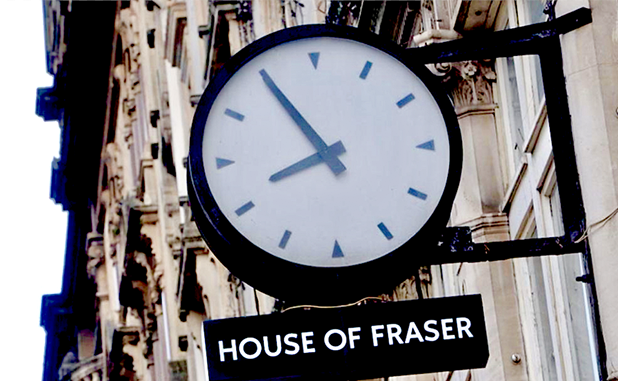 MORE than £11,000 worth of designer accessories have been stolen from one of Cardiff’s largest department stores.

The burglary occurred early on Wednesday morning, with staff discovering the theft when they arrived at work just hours later.

A Mulberry handbag and 50 watches from brands including Michael Kors, Skagen, Fossil, Hugo Boss, Daniel Wellington and Bering were stolen.

Police are analysing CCTV footage from the store’s Trinity Street entrance where the thieves are believed to have forced the door open. House of Fraser’s Trinity Street entrance as it looked two days after the burglary, the CCTV analysis of which is ongoing

They believe multiple people were involved, although the number of burglars is still unknown.

Officers suspect the burglars will try to sell on the stolen items.

Anybody with information about this, or Wednesday’s burglary are urged to call South Wales Police on 101 quoting reference number 028386.

burglary, cardiff, House of Fraser
You may also like