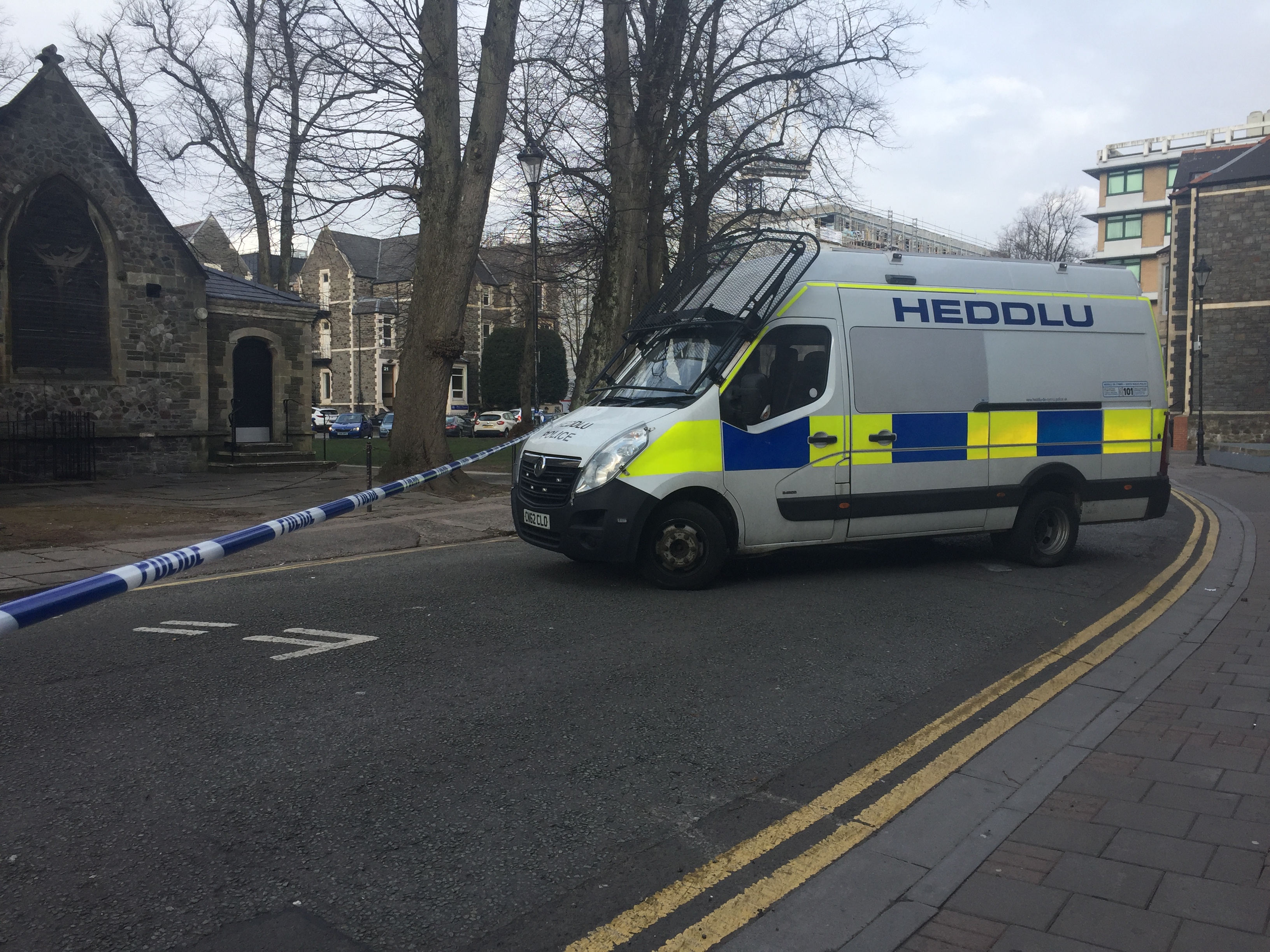 POLICE have cordoned off a road in the city centre following an incident, which happened early this morning.

South Wales police are at the scene at St Andrew’s Crescent.

A 33-year-old man has reported being robbed of money and his mobile phone at around 3.15am.

Two police officers are guarding the scene and a police van is present.

Another two officers in black seem to be investigating the scene around equipment placed on the pavement. No arrests have been made and inquiries are continuing.