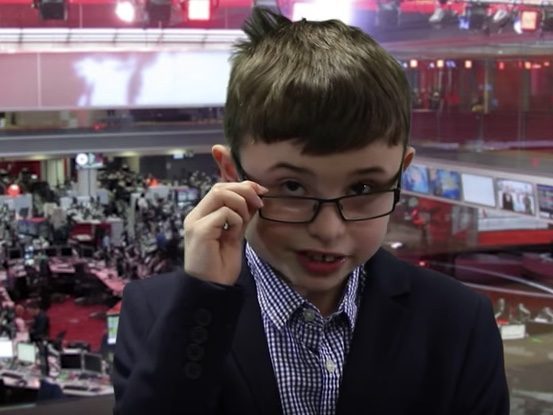 PUPILS at a Radyr school are celebrating winning an award for a video they made about the national curriculum.

Lit Film Fest is a programme that gives key stage two pupils the chance to showcase their literacy work by creating videos they write and perform themselves. The videos focus on topics important to them, such as online safety, healthy eating and pupil parliaments.

Max Anthony, aged nine, said: “We were really excited and proud when we found out we’d won the award.

Harry Smart, aged nine, said: “It was amazing and so much fun to make. We all worked as a team to write the scripts then our teacher Mr Eldridge checked it over and we had to pick who was going to act in the film.”

Harry Smith, age nine, was excited by the increased focus on technology.

“We are already doing more work with computers and as someone that loves computers, I really enjoy it. I think it will give us really important skills for the future,” he said.

On January 31, the Welsh government announced changes to the national curriculum which will come into effect across Wales by 2022.

It says the updated curriculum will change the whole approach to developing children between the ages of three to 16.

“The new curriculum will have more emphasis on equipping young people for life. It will build their ability to learn new skills and apply their subject knowledge more positively and creatively. As the world changes, they will be more able to adapt positively,” said a statement. The video caught the attention of Kevin Brennan, MP for Cardiff West.

“I’ve watched the news report that was made by the children of Bryn Deri and I was thoroughly impressed. I think that Huw Edwards better watch his back as a BBC newsreader because some of these youngsters will be after his job in the near future,” he said.