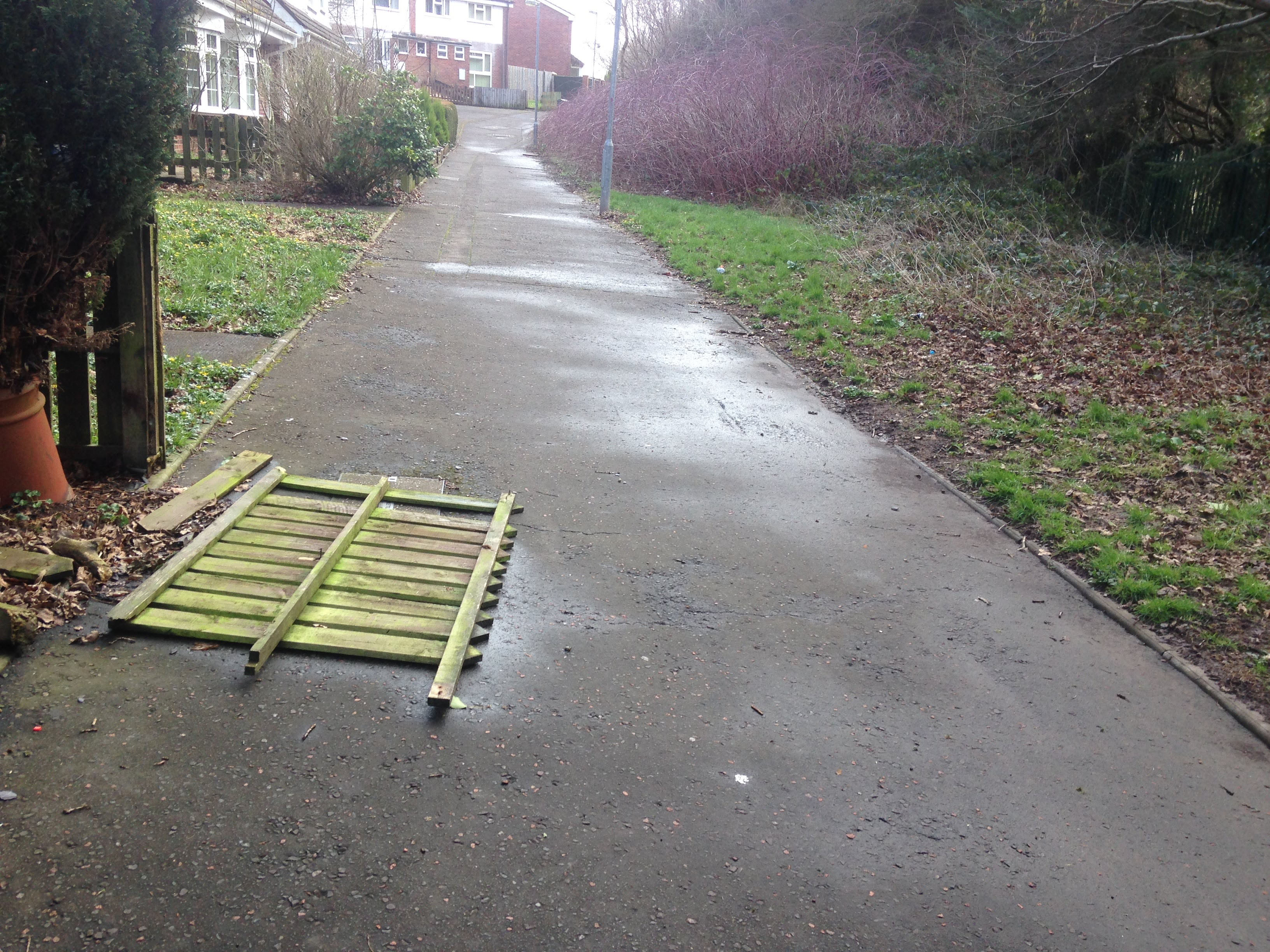 A PETITION has been raised to stop children vandalising houses on their way home from school, Pentwyn PACT meeting heard this week. “They are kicking the fences down, punching through them and throwing stuff on roofs,” the meeting was told on Tuesday.

The petition asks Cardiff Council to install alley gates to close off the entrances to the lane and divert the pupils away from the area.

Headteacher of Corpus Christi High School, Patricia Pavlovic, said the school is investigating and is in contact with one of the home owners.

“We are obviously disappointed when pupils behave in a way that reflects negatively on the school, themselves and their families,” she said.

Resident Mary Coombes, 73, who signed the petition, said a Corpus Christi pupil “threw a stick, or wooden plaque” at her window earlier this year.

“It was a bit of a shock, so I rang the headmistress and she came to speak to me. I’ve not had any trouble since,” she said.

However another resident, Bernadette Regan, 68, who has a granddaughter at the school said: “We haven’t seen any vandalism whatsoever, and we’ve lived here for 40 years.”

Another resident, who wishes to remain anonymous, plans to present the petition to Cardiff Council leader, Huw Thomas.

“There are people down there who have had enough. I think if we do not react to it, it is going to carry on.

“Now there are groups of older boys who have joined in. People are so desperate; we are ready to make a petition. There are a lot of older people who are scared to come out,” he said.

The Pentwyn PCSOs told the meeting they planned to work with Corpus Christi to address this behaviour and would inform Pontprennau PCSOs.

Constable Lee Wells said Cardiff Council would need “more than eight or nine reports of anti-social behaviour” before it could take action such as installing CCTV or alley gates.

And Emma Sandrey, councillor for Pentwyn and Llanederyn, was worried that alley gates would “push the problem elsewhere”. The lane lies between Ty Cerrig and Cardiff Golf Club

“We are all concerned by this vandalism and have sympathy but we do not think alley gates are the solution. It’s a major public right of way, so closing it off would disrupt pedestrians as well as residents. We don’t feel it’s right to punish everyone for the actions of a few,” said Coun Sandrey.

“At the moment there have been no official reports. I am hopeful we can resolve this through partnership working rather than going to the most extreme solution as a first port of call,” added the Welsh Lib Dem.