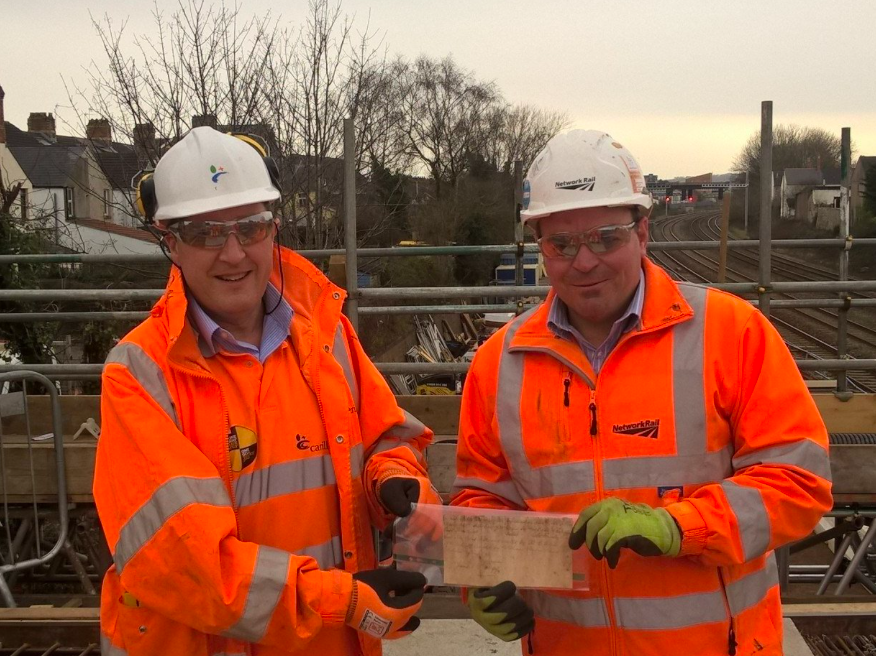 WORKERS demolishing Splott Road bridge have found an 119-year-old handwritten note inside one of the original pillars.

The note is dated 1 June 1899 – two months before the original bridge was opened by Sir Thomas Morel, Mayor of Cardiff at the time.

The team believes it reads: “This bridge was constructed by Makay and Daniel 1899.” “We were delighted to find the note inside the bridge. We found it during the pre-demolition work and it really connected us to the history of the Victorian structure. It’s incredible that the note has survived. It wasn’t covered or protected by anything, but the writing is still visible even after all these years,” said Steve Keighley, programme manager for Network Rail in Wales and Borders.

“It is all the more fitting because pupils from nearby Moorland Primary School recently buried their own time capsule in the new bridge.

“It’s fantastic to think that, over 100 years from now, a new generation of engineers will be uncovering their history, looking back to 2018.”

The project team is now keeping the note safe while a permanent home is found.

Splott Road bridge is being raised to prepare for the electrification of the South Wales Mainline.

It closed for three weeks in February while workers demolished and replaced the second half of the bridge and is now partially open to traffic.

It’s hoped the bridge will be fully open again by summer 2018.