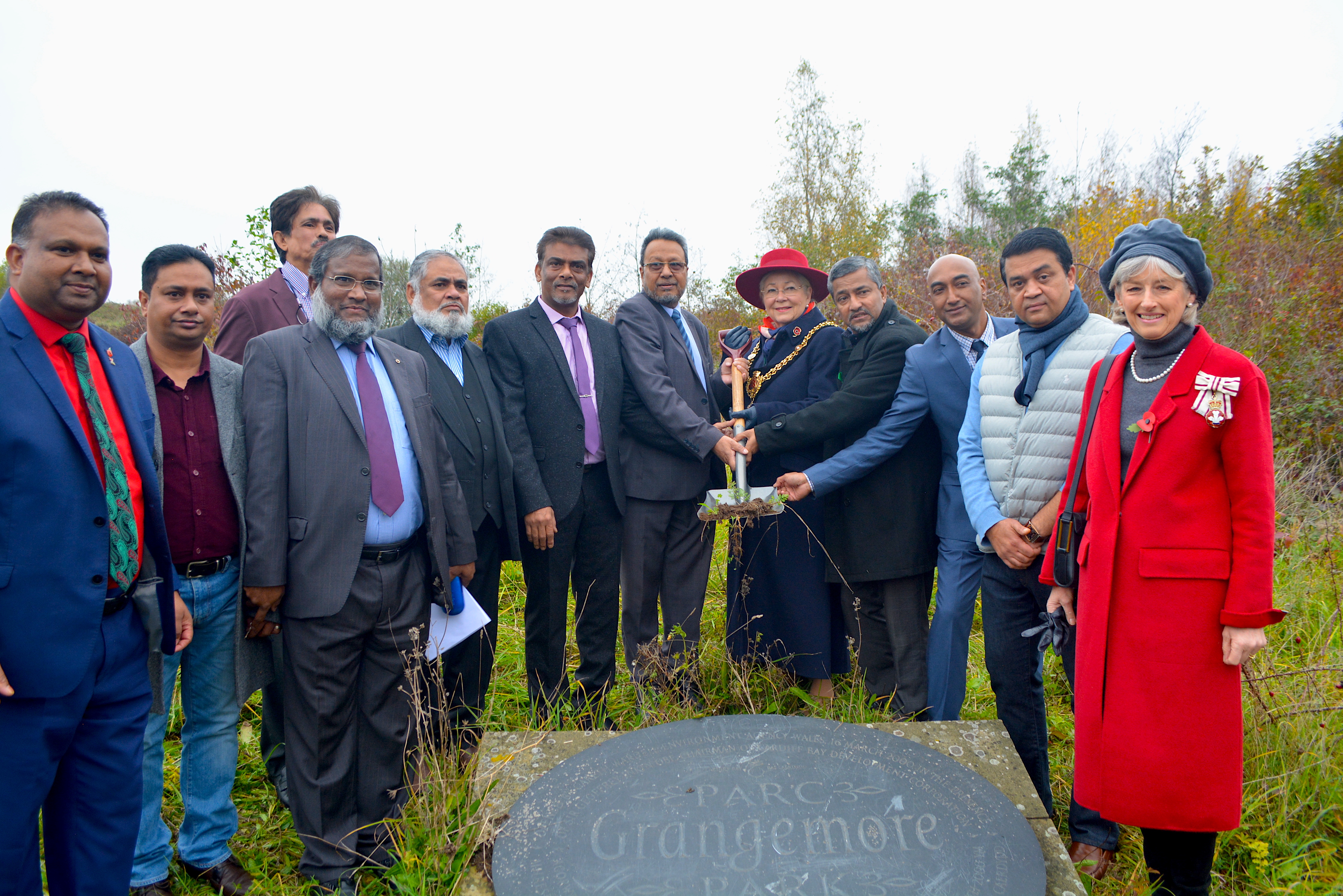 GRANGEMOOR Park is to be the home of a new monument celebrating diversity in commemoration of the Unesco annual International Mother Language Day.

Work began yesterday after the International Mother Language Monument committee raised £125,000 since the project began in 2007.

The launch was attended by a diverse network of community members including the Lord Mayor of Cardiff, Diane Rees.

Councillor Dilwar Ali, who hosted the ceremony, said: “This monument, being built in Grangemoor Park on land provided by Cardiff Council, will become an international iconic landmark for all mother languages in Wales.” According to Councillor Mike Jones-Pritchard, who is also the architect for the project, the monument is designed to depict language in all forms, particularly those associated with Cardiff and its ethnic communities.

“It has been a pleasure to have been the architect involved with the development of this project over more than eight years, supporting the hard work of all those involved, and very satisfying, at last, to be able to commence works on site,” he said.

Trust chairman, Anwar Ali, hopes the site will raise awareness across Cardiff of International Mother Language Day for years to come, serving as “an educational resource for local school children”.

Mohammed Sural Islam, one of the project’s founding members, proudly welcomed the inauguration of the building work.

“I believe it’s an historic linguistic diversity achievement for all the communities of Wales,” he said.

The project has faced numerous delays after a planning application to Clare Gardens in Riverside – the original proposed location – was refused.

Despite these struggles, the project is now going full steam ahead with the monument due to be completed in early 2019, ready for International Mother Language Day on February 21.