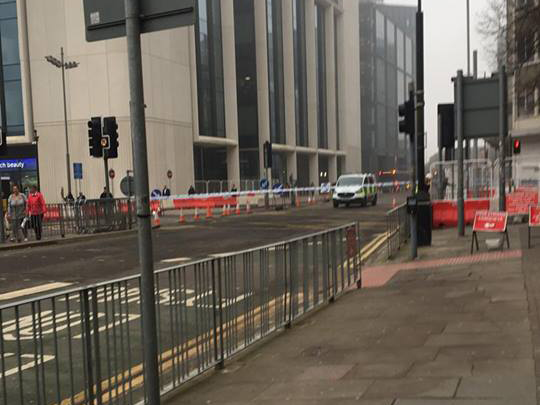 A MAN was stabbed in the early hours of this morning in Cardiff City Centre.

The incident happened at around 2am on Wood Street, which was cordoned off between 4.30am and 6.30am. The road has since re-opened.

A 17-year-old boy from Grangetown has been arrested on suspicion of wounding with intent and remains in police custody. He is being questioned at Cardiff Bay police station.

A 33-year-old man was taken to the University Hospital of Wales with minor injuries, and has since been released.

South Wales Police are appealing for anyone who may have witnessed the incident or who may have any information to call them on 101 and quote the reference number 1900065685.