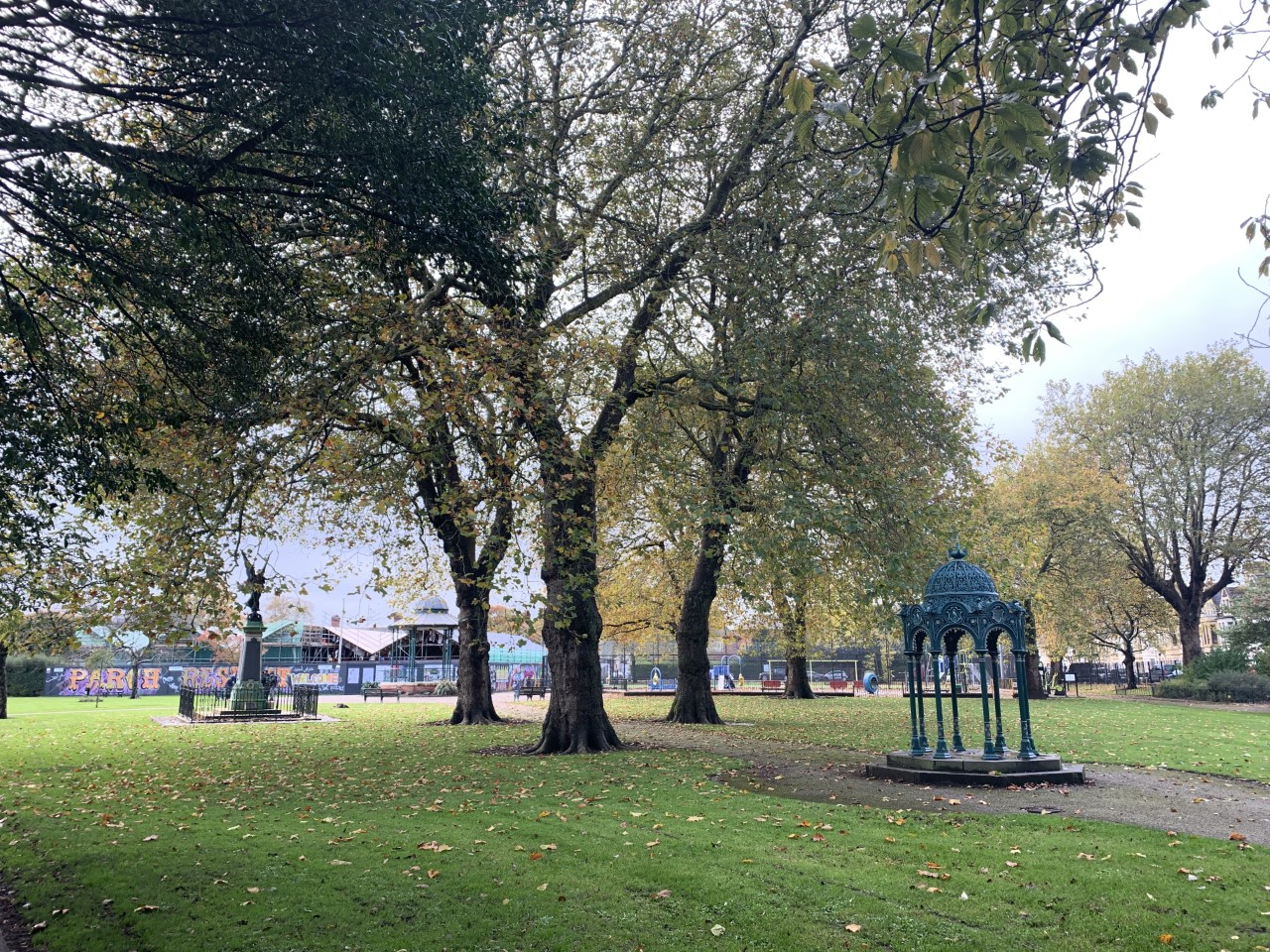 A GRANGETOWN park was closed by police last week after a series of incidents involving teenagers targeting passers-by with fireworks.

Grange Gardens was closed overnight last Tuesday evening after youths launched fireworks and stones at others walking in the park.

As scheduled, the park was also closed on Halloween, and will remain shut tonight.

Similar incidents have occurred in the park over the past three weeks, with local residents venting their anger on social media.

Many of those who were targeted were with young children or pets at the time.

While this has become a yearly problem in the park, local councillor Ashley Lister has described this year’s incidents as “the worst that he has known”.

Maria Felices, 66, of Moordale Road, was walking her dog Rosie through the park on the morning of Sunday, October 20 when she was attacked.

“There was a group of 12 to 15 youths, probably between the ages of 10 and 15, in a circle by the bandstand, and I’d say three or four of them were holding fireworks” Ms Felices said.

“I was right next to them, no more than a couple of feet away, when they fired it. The sparks flew right up at me, but Rosie didn’t flinch – she’s not scared of anything.”

The park’s closure has also sparked a debate among residents about the best course of action to prevent such anti-social behaviour.

While many on social media have called for greater police presence in the park area, others, including Ms Felices, have suggested that more comprehensive checks on those selling fireworks is necessary.

“I think somebody is selling fireworks to these youths” she said.

“I used to run a newsagents many years ago, and we sold fireworks. Not only did we have to have a licence, we had an inspection from the fire service, and there were several conditions we had to fulfil – I don’t know if that’s the case anymore”.

“Forget blaming the police – they’re under-resourced. As for closing the park, what difference has it made? All it’s done is move them onto the streets”

“Unless you stop the source, you’re not going to stop the fireworks.”

“I understand everyone’s frustration, I see it all on social media, but if there is an incident then they do need to ring it in to 101 or 999 if they feel that there is that issue.” he said.

“If there was enough of an issue we could ask for additional response units, but we need that data coming forward from residents in order for that to happen”.

Coun Lister added that discussions are ongoing between councillors about whether or not Cardiff bans fireworks as a city, but questioned whether this would be the correct approach to take.

“The source isn’t necessarily the fireworks, it’s the young people, in the sense that they’ve got nothing to do” he said.

“The decisions to cut youth and play services were taken before I was elected – but to me personally they were the biggest mistakes we could have made.

“I worked in youth services for eight years across the city, and saw the number of youth centres fall from 22 to six. In the six that we’ve got now, the teams do amazing work, but there’s not enough of them, and they’re not localised enough.”

“I think it would make a massive difference – young people need something to engage them positively in diversionary activities”.