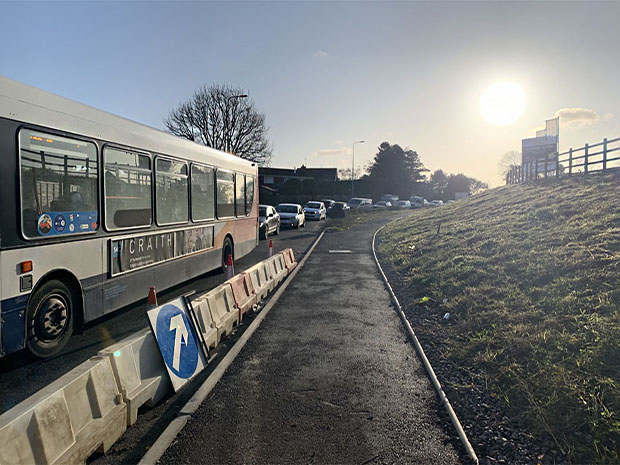 PLASDWR has responded to complaints about the roadworks at the Heol Isaf and Llantrisant Road junction by introducing manually controlled traffic lights 20 metres from the roundabout.

Contractor Alun Griffiths has also doubled the number of workers on the junction to speed up the roadworks.

The traffic lights will be operated at peak times on weekdays, 6.30am to 9.30am and 3.30pm to 7pm. Plasdwr will monitor traffic at weekends to see if manual lights are required on Saturdays and Sundays.

Plasdwr said the lights “will be responsive to traffic flow and ensure, for example, that traffic from Radyr can get onto Llantrisant Road more easily”.

Fairwater councillor Keith Parry is not convinced by the changes. “There needs to be two files of traffic at peak times so that long queues don’t build up,” he said.

Many residents have been expressing their anger on social media.

One resident said her son was knocked off of his bike due to impatient drivers at the roundabout.

Plasdwr insists that the work being done is complex but essential and apologises for delays. It says it is working with residents and commuters to find a solution to the congestion.