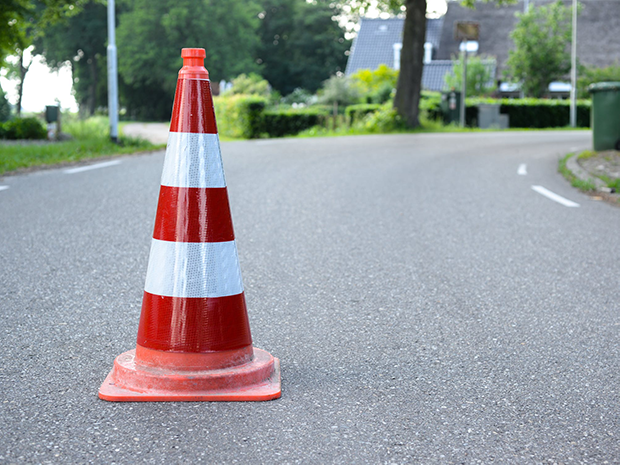 Vale of Glamorgan council are being asked to remove parking cones that appear around residential and business areas.

ILLEGAL traffic cones are appearing outside residential and business areas in Barry much to the annoyance of locals.

Andrew Thomas, 46, noticed some cones illegally placed on a residential street in Barry.

He said: “Parking is a contentious issue for us all sometimes – we may agree with the rules and enforcements or we may not.

“However, from what appears to me as the creation of your own parking rules…seems to be a step too far.”

The issue was brought to light on Twitter after Vale Council Enforcement said a Barry resident had received an on-the-spot Fixed Penalty Notice of £100, after being caught littering on the Friars Road.

It is not just residential areas where illegal parking cones are appearing. Barry High Street have been caught with cones outside the shops to save spaces.

Dan Gunnery, 42, a Barry resident, said: “Shop owners on the high street block parts of the road [with cones] to save a space.

“Then they wrongly have a go at anyone that moves [the cones].”

Mr Gunnery is a window cleaner and the cones outside shop entrances mean he can no longer work on the high street, as he has nowhere to park his van.

“My work equipment is attached to my van, my hose is fixed to and connected to a water tank inside so I can’t just park two streets away,” he said.

“But I still get abuse when I move [the shops] cones and signs even though I’m only there for 20 minutes at a time.

“Every vehicle that’s legal to be on the road has just as much right to park anywhere the same as everyone else.”

However, not all residents are frustrated by the illegal parking signs. Parking in Barry has always been a problem and saving parking spaces has been some residents’ only option.

Twitter user, Anne Usher, said: “ I might take a leaf out of their book and double yellow line the end of my road.

“Shop lorries block the exit and entrance to my street – nobody else will deal with the problems.”

Locals posted pictures in a Facebook group that was set up to highlight dangerous and inconsiderate parking in Barry. The group called ‘Driving like a TW*T in Barry,’ has over 1,000 members.

The Vale of Glamorgan council has been contacted for a comment.

However, a Cardiff council spokesperson previously said: “Putting things like cones or wheelie bins on the street to block out space without permission is an offence under the Highways Act, and anyone caught could be issued with a Fixed Penalty Notice of £100.”