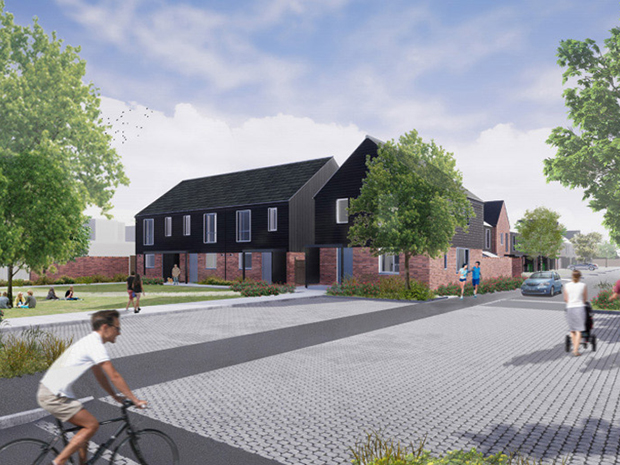 A NEW social housing development off Clive Street has been given the go-ahead by councillors.

This development originally planned for 116 homes, but there will now be 101 dwellings, all of which will be social housing.

There will be a mix of one and two bedroom flats in three-storey blocks, as well as two to four bedroom houses on the site of the old railway embankment.

It took eight months and 6,000 lorry journeys to move 100,000 tonnes of earth and spoil which made up the embankment to clear the way for the development which backs onto the Ikea store.

The site will include car parking and secure cycle parking for the flats, while the access road into Clive Street will involve the demolition of a house.

The developers would normally be expected to make a contribution towards school places and local community and open space provisions as part of a Section 106 agreement.

The agreement would be worth around £525,000 (reduced from just over £916,000 originally) but councillors were asked to forego this fee as part of the deal because the homes will now all be social housing, with none sold on the open market.

Councillors were told because the proposal was now for “much needed affordable homes, including family housing” the project would not be viable if the developer had to make any contribution.

The planning committee was told it would be a “benefit for the city” and councillors welcomed the fact it would mean 100% social housing.

Grangetown Councillor and Cabinet member for housing and communities, Lynda Thorne, said: “Grangetown is a high demand, low availability area. It really is in need of social housing.”

The application was granted unanimously by the planning committee on Thursday evening.

committee, Grangetown, housing, planning, social
You may also like