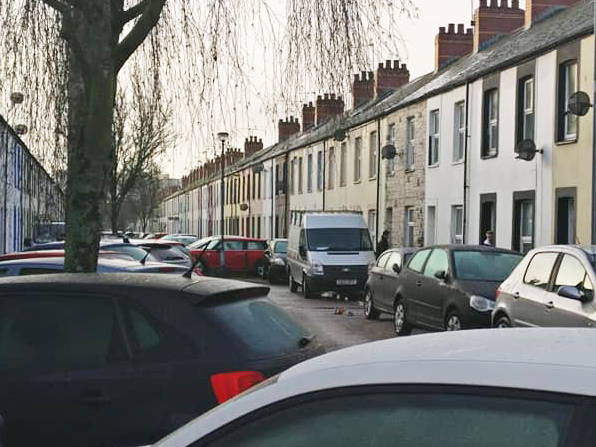 CATHAYS residents are frustrated by careless parking along Rhymney Street.

Some worry that emergency services struggle getting down Rhymney Street.

There is also confusion over who should be held responsible: Cardiff Council or the police.

“The fire service struggled to get down the street and smashed car windows, and the parking problem wasn’t as bad then as it is now.

“My mother is 83-years-old now and uses a push trolley to visit her other son and half way down the street she has to go on the road because she can’t get past the cars overlapping onto the pavement. Mr Hicks spoke to a traffic warden on the street last week, who was only able to ticket cars if they were on double yellow lines.

Mr Hicks said: “I spoke to a traffic warden who said he ticketed seven cars on Rhymney Street, but when I went out, I saw an extra 10 without tickets.

“It’s because they are pavements rather than yellow lines and it becomes a matter for the police, but they don’t see it as an urgent matter and lack resources.

“I understand that, but that is a matter of opinion, what is not a priority to them is for others.” According to Rule 244 of The Highway Code: “You must not park partially or wholly on the pavement in London and should not do so elsewhere unless signs permit it.

“Parking on the pavement can obstruct and seriously inconvenience pedestrians, people in wheelchairs or with visual impairments and people with prams or pushchairs.”

James Cottnam, 63, from Cathays used to live on Rhymney Street.

He said: “What I don’t understand is why the emergency services haven’t pursued this issue because of the bad access?

“It is obviously a safety issue, it’s a nightmare trying to drive down the street because of the zig zag layout of the road.

“On a weekend, or in the evening when the students are home, it’s a nightmare.” A spokesperson for the Welsh Ambulance Service said: “Our staff are trained to drive as quickly and as safely as possible, but when roads are blocked with cars, it can make this difficult.”

Kelda Remmington, 29, from Tremorfa is a student who has lived in various Cathays streets and she thinks the issue reflects wider society.

She said: “One reason for people parking in such inconsiderate manners is that there is not enough suitable parking.

“This is because there are too many cars. A huge switch from car use to sustainable and active travel methods would diminish the need for owning a car in the first place.

“So, the council need to implement changes in infrastructure as well as introduce sanctions to car owners.”

Cathays Labour Councillor Sarah Merry said: “Council enforcement officers can issue tickets to people parked in resident bays without a resident pass or if people are parked on double yellows.

“A police officer can issue a ticket if they are blocking a road making, or a pavement, impassable.

“This is an issue across Cathays and we really want people to think carefully before bringing a car to university.

“No one wants to be in a situation where an emergency vehicle can’t get down.”

Following this, Coun merry said: “We will have to see what comes back but what we would like to see is a more rational layout of safe, clearly marked parking and more as residents parking combined with some double yellows to make enforcement easier.” 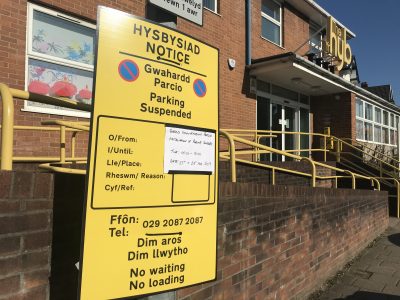 Llanishen bays out of bounds as parking sensors are installed 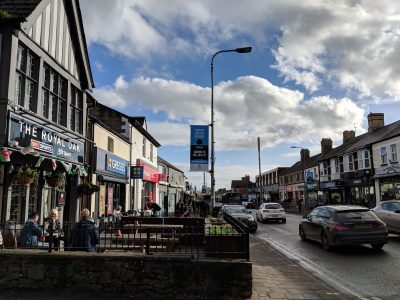 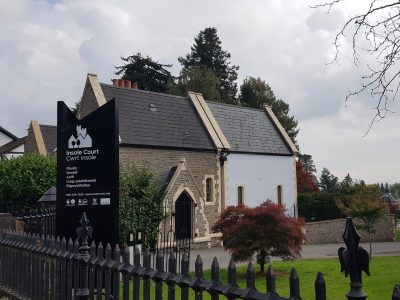